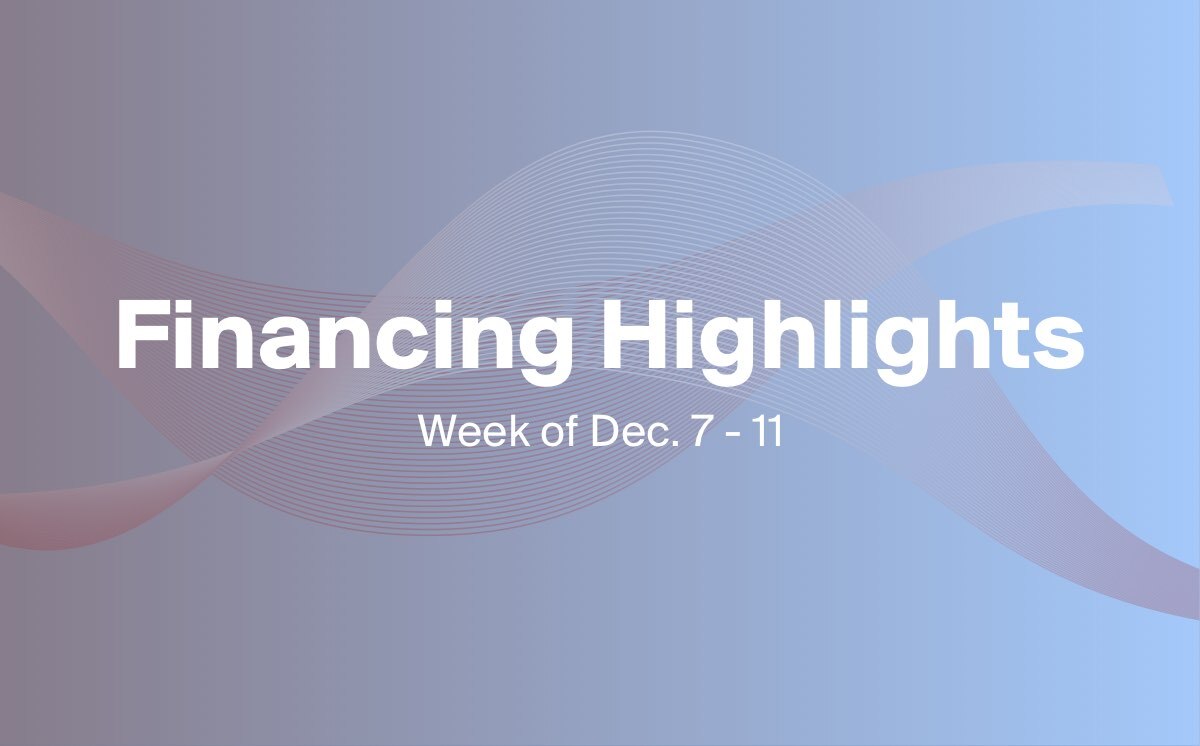 Has the era of psychedelic stocks begun? This week, we bring you two big bought deals from two of the newest public psychedelics companies on the block, and another non-psychedelic healthcare financing.

The company now plans to issue 3.87 million units at $4.50 each. Units will include a common share and a half warrant, with full warrants exercisable at $5.60 for 18 months. The deal is underwritten by Stifel Nicolaus Canada Inc. and the proceeds are earmarked for working capital.

Field Trip went public in October after a reverse takeover of oil and gas company Newton Energy Corp., making it the third psychedelics company to hit the scene in an increasingly crowded field. As we've written about before, a growing body of research surrounding psychedelic drugs like psilocybin, MDMA, and LSD suggest that they can have significant benefits for sufferers of mental and behavioral disorders from depression all the way to PTSD. Companies like Field Trip hope to be first movers in the field, betting that these therapies will one day be legalized.

Of the four on Canadian markets (including Numinus, Mind Medicine, Field Trip), Field Trip is the last to enter the fray, and is also trading at the highest price, closing out the market on Friday at $5.60 per share.

The second psychedelics company to announce a large bought deal is Numinus Wellness Inc. The company released the details of the $10 million financing on Monday, and upsized the deal to $17.4 million the same day.

Now, the company plans to issue 22.06 million units at 68 cents each, a 53.74% discount to its share price on Friday. Each unit will comprise a common share and a half warrant, with full warrants exercisable at $0.90 for two years.

Why was the financing proposed at such a steep discount? Well, at the time the deal was announced, it wasn't such a steep discount. Over the past nine days shares of Numinus have risen precipitously, perhaps due to Health Canada's recent allowance of a handful of healthcare professionals to possess and consume psylocibin, Numins' announcement of its partnership with the prominent psychedelics research and outreach non-profit MAPS, the bought deal financing, its recent commencement of a psilocybin-assisted psychotherapy trial, or some other reason we cannot divine.

At any rate, Numinus has had an excellent December so far, jumping 78 cents since the beginning of the month. On Friday, the stock closed at $1.47 per share.

The company plans to issue 12 million common shares at a dollar each, underwritten by Echelon Capital Markets. It says proceeds will be used for M&A and working capital.

Skylight Health has been generally on the rise since it changed its name from CB2 Insights and announced a string of clinic acquisitions. Shares of the company have more than doubled since mid-November, closing on Friday afternoon at $1.11 per share.