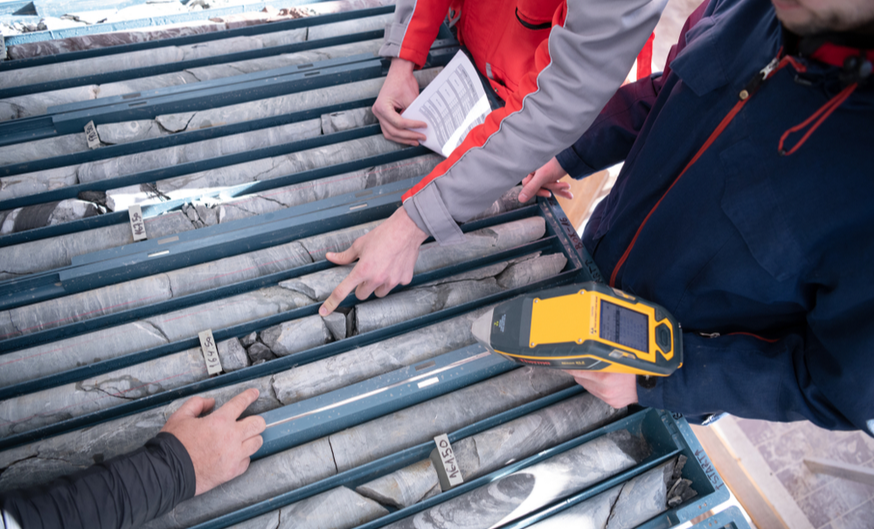 Shares of Azimut Exploration Inc. (TSX-V: AZM) jumped 40 cents on Wednesday after the company released new drill results from its Elmer property in the James Bay region of Quebec.

From the latest round of intervals drilled from the company's ongoing 15,000-metre exploration program, the company intercepted grades including 9.8 metres of 7.84 grams of gold per tonne (g/t Au), 46.05 metres of 4.43 g/t Au, and 33.6 metres of 5.47 g/t Au. Each hole was taken within the vicinity of the Patwon target of the project, with the goal of expanding the discovery.

Azimut says the new results advance the delineation of the Patwon discovery, which Azimut's management "considers … to be one of the largest gold discoveries in the James Bay region since the discovery of the Éléonore deposit in 2004." Patwon's mineralization exists along a strike length of 500 metres, at a minimum depth of 400 metres,  with a "wide and predictable" envelope, thus far. The company is hoping that ongoing drilling will reveal the potential for an initial open pit mine, and argues that the current high-grade results suggest the potential for an underground mine.

These results continue the Elmer project's trend of wide, mid-grade drill holes. As an example, previous results from a drill program waged between Jan. and Nov. 2020 included 102.5 metres of 3.15 g/t Au, 108.2 metres of 2.84 g/t Au, and 90.2 metres of 3.01 g/t Au. Azimut's management talked up the results, saying they believe there is an "excellent chance" that they could make another discovery near Patwon.

Shares of Azimut dropped aggressively last July and September immediately following two earlier sets of results from the project, and have remained relatively flat since, until Wednesday's rise, after which the stock closed at $1.34.