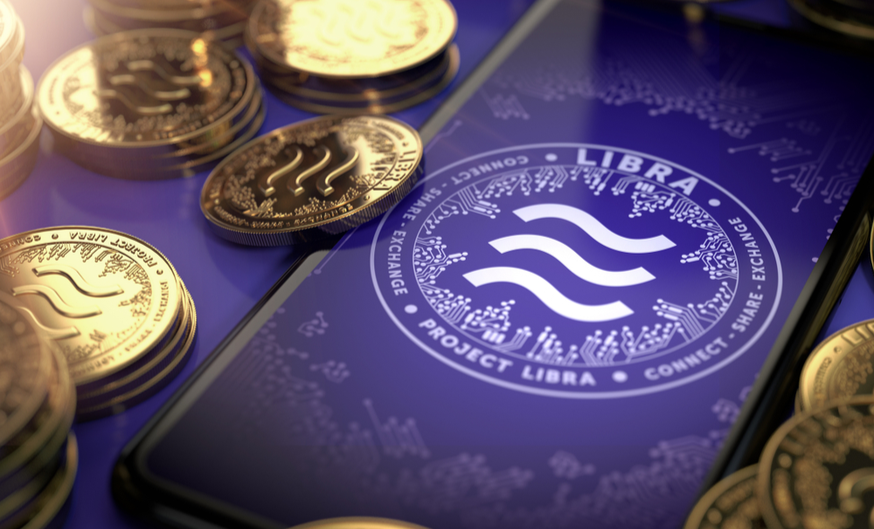 Since Bitcoin launched in 2009, proponents have continually touted it as a currency on the cusp of revolutionizing the way we think about money. But despite making some serious waves in the investment world, such a revolution has yet to materialize.

As Facebook tees up its own entry into the cryptocurrency market, speculators are wondering if it might have a better shot at dragging the blockchain into the mainstream. Called Libra, after the basic Roman measurement for weight, the digital currency is poised to shake up finance when it launches in 2020. That is, if it launches—lawmakers are already putting Libra under serious scrutiny, with at least one calling for a moratorium on the project.

To some, the idea of the powerful, scandal-prone, and privacy-hungry social media behemoth dipping their toes into the world of international finance sounds truly dystopian. To others, it heralds a widespread adoption of the blockchain, and an opportunity to serve people without ready access to a bank account or stable fiat currency.

Where bitcoin is a decentralized, peer-to-peer cryptocurrency unbound financial services or assets, Libra will be supported by a governing body, and directly attached to a basket of fiat currencies. This structure is designed to make Libra much less volatile, but it also makes it a much more traditional currency.

Facebook is providing the tech, planning, and initial investment for Libra. The cryptocurrency itself will be managed by an independent, Switzerland-based organization called the “Libra Foundation.” This group, initially comprised of Facebook and a number of “Founding Member” corporations each contributing a minimum of $10 million to the Libra reserves, will validate transactions on the unique Libra blockchain and manage the reserve to which Libra is tied.

So far, there are 27 founding members, including Paypal, eBay, Spotify, Uber, and Lyft, Visa, and Mastercard. Facebook assures regulators that after they launch the currency, the company will withdraw from a leadership role and every member of the Libra governing council will have an equal vote in future governance.

The expected stability of Libra, not to mention the fact that it’s attached to a household name with over 2 billion users worldwide, will likely make it an easy sell for many users—at least for folks whose trust in Facebook hasn’t already completely eroded. If all goes as planned, anyone in the world will be able to download the Calibri digital wallet and send and receive Libra anywhere on the planet with an internet connection. In return, Facebook will garnish a small per-charge fee from each transaction, charges which will shift to vendors, and then potentially shuffled down the chain to users as well.

What's the point? And should you worry?

Facebook’s stated goal with Libra is “to enable a simple global currency and financial infrastructure that empowers billions of people.” In particular, they’re working to zero in on the market of 1.7 billion people not served by a bank throughout the world. Whether for remittances, international transactions, or everyday purchases, it certainly could be convenient if well-implemented.

Of course, Libra throws up a few red flags. Unlike bitcoin, Libra isn’t totally anonymous, though users will be able to use logins unattached to their real-world identities. Wallet address will be public, and Facebook plans to have automated processes in place to detect shady activity, and to prevent fraud and money laundering.

The biggest question on most would-be adopters’ minds is probably going to be what the company will do with the data it gathers from Calibra. Facebook assures us that “Calibra customers’ account information and financial data will not be used to improve ad targeting on the Facebook, Inc family of products”—but we all know what Facebook does and what it says it will do are often two very different things.

Then there’s the concern of giving Facebook the keys to a potentially world-changing international currency. There’s already plenty of talk about breaking up big tech, so getting global approval for Libra may be a tall order indeed for Facebook. It's already got regulators across the globe raising their hackles.

Libra shows promise, and bitcoin is already drafting off its international interest, but there’s a long list of questions to be answered in the coming months. The biggest of these is whether it'll be allowed to exist at all.