The Top Five Sectors Set to Take Off in 2021 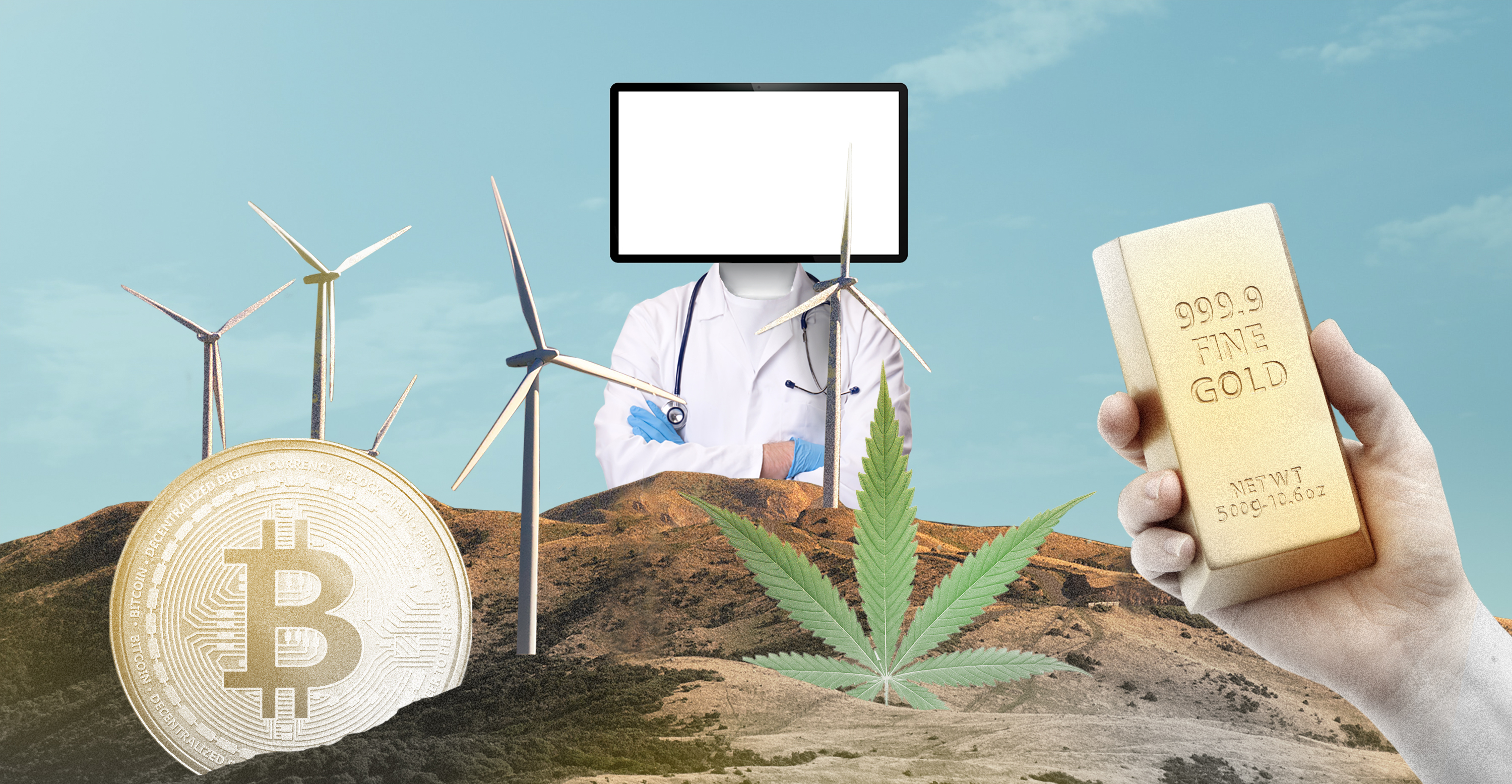 As we close out 2020, there's little left to say about this year that hasn't already been said.

So instead, let's look to the future: with the rollout of vaccines beginning sooner than almost anyone expected, good news looks to be ahead. And as a result, well-positioned investors may be poised to profit from one of the most dramatic shifts in human history.

Read on for the top five sectors we believe are ready for a breakout in 2021.

Even as pharmaceutical companies reap the rewards of their vaccination efforts, it will be a long, long time before we collectively "solve" the coronavirus pandemic. And one thing that won't be returning to normal is the healthcare industry.

Even before COVID-19 arrived on the scene, clinical care was shifting toward the virtual space. Now, with the threat of the virus looming in every public place, patients love the option to see a specialist from the comfort and safety of their own home. In 2021, companies able to take advantage of this trend and implement the best home-care solutions could generate significant gains.

Meanwhile, the wellness craze, already on overdrive for years, will reach a frenzy. Health has perhaps never been so top-of-mind for the average consumer. Customers will be rushing to purchase personal wellbeing products in droves, including "superfoods, probiotics, broths," and more, according to Whole Foods. As they put it, "the lines are blurring between the supplement and grocery aisles, and that trend will accelerate in 2021." Investors that are able to pick the right ones as the trend spins up may be handsomely rewarded.

On that note, we at PrivatePlacements.com will be featuring a promising soon-to-be-public consumer wellness product developer in the coming weeks—stay tuned. It's definitely one you're going to want to know about.

Even as world governments have increasingly made moves to combat the inescapable fact of climate change, green energy stocks have, up until now, been pretty lackluster. But with a Biden presidency imminent, that may be about to change.

US president-elect Biden has outlined a plan including a pledge to put the US on an "irreversible plan to achieve economy-wide net-zero emissions no later than 2050." That isn't as ambitious as detractors may believe, but even if Biden fails to fulfil this promise, support from the highest office in the US will almost certainly boost green energy stocks.

Even before taking office, Biden is making moves. His pick for energy secretary, former Michigan governor Jennifer Graholm, has a long history of campaigning for clean energy sources.

2020 was already a year in which leading funds divested from oil and gas in the trillions of dollars, and Biden's election only stands to accelerate the trend. And the dramatic shift may result in a market ripe in upside.

As Robert Litterman, a former Goldman Sachs investor, put it to the Wall Street Journal, “I think we’re going to have a much more rapid transition to a net-zero [carbon] economy than most people expect. And that rapid transition means it’s not all priced in.”

This means gains not just in solar and wind, but in nuclear. As the Globe and Mail reports, uranium stocks of all sizes have been rallying lately after the US Senate's Committee on Environment and Public Works approved a bipartisan bill to establish a US reserve of uranium. If this support continues, so will the gains.

And with another temporary shutdown at Cameco's Cigar Lake mine—the biggest uranium mine in the world—things are looking good for uranium prices in general, as well.

Biden's win wasn't the only big news item on US election day—cannabis was a big winner too, as Arizona, Montana, New Jersey, and South Dakota all voting to legalize adult-use marijuana. In December, the US House of Representatives passed a bill decriminalizing marijuana, which, while not federal legalization, is a landmark step towards that eventuality.

Cannabis indexes have been weighed down over the past year by Canadian producers lagging in profitability amid a slow federal rollout, but the rising tide of American weed companies may lift the fortunes of growers up north as well.

Still, as the experts at New Cannabis Ventures note, investors remain cautious even as the fundamentals behind cannabis improve. In Canada, the industry is estimated to be worth just $5 billion by 2021, a far cry from the $8 billion estimates we saw at the height of the cannabis hype. As the typically level-headed New Cannabis Ventures says, "We have never been more optimistic about the prospects for the industry, but, after years of watching it, we know that things aren’t always as smooth as we would like."

Meanwhile, cannabis companies are readying for 2021. Canadian producers Aphria and Tilray recently announced a landmark merger, creating a new company under the Tilray banner with over $874 million in combined revenue over the past 12 months.

Whatever happens with cannabis, it's important to get the data you need to be ready for any eventual movement in the sector. To get you prepared, we'll be creating a 2021 cannabis report soon—watch this space!

In 2020, gold had its biggest rally of all time, smashing records amidst unprecedented uncertainty and currency devaluation. But in mid-November, US prices for everyone's favourite yellow metal collapsed to their lowest point since July, weighed down by vaccine news and newfound investing optimism.

Since then, gold has recovered a bit, though it's still up and down, and a fair distance from its August and September highs. However, the fundamentals still seem to support a strong gold price in 2021. ""There is strong fundamental support for gold through the first half of next year," CRU managing director Paul Robinson said in a recent interview with Kitco News. "Gold has got a good story. It's got a good price direction. There are still reasons to hold gold."

If gold pushes past US$2,000 an ounce like he (and many others) predict, we can expect to see

Bitcoin, long derided by skeptics as nothing more than an investing hype machine, is having a moment in the sun, and signs indicate it may have more staying power than ever.

However, this time, proponents say, Bitcoin is supported by high-profile adoptions from institutions, including the massive insurance company MassMutual's move to buy $100 million worth of Bitcoin for its portfolio.

Even Ray Dalio, founder, co-chairman, and co-chief investment officer of Bridgewater Associates, is showing some support for digital currencies.

In a response to a Reddit "Ask Me Anything" session on Dec. 8, he said he thinks "that bitcoin (and some other digital currencies) have over the last ten years established themselves as interesting gold-like asset alternatives, with similarities and differences to gold and other limited-supply, mobile (unlike real estate) storeholds of wealth.”

Could this be the breakout year Bitcoin investors have been waiting for? Or are we about to see another crash and burn like before?

Whatever happens with Bitcoin, vaccine distribution could lead to further gains across a wide variety of sectors amid rollout and, hopefully, containment of the virus. And while these five industries won't be the only ones jumping on the potential of a COVID-light 2021, they certainly should all be on your watchlist.