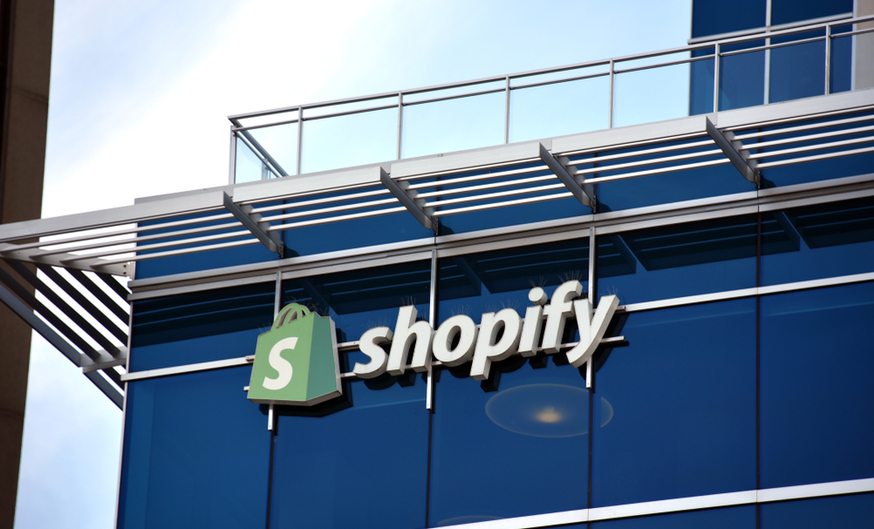 Just in time for Christmas, we’ve run the numbers and provided a quick breakdown of each of the top-performing stocks on the Toronto Stock Exchange by percent gain, as of Dec. 17.

It’s been an absolutely bonkers year for Shopify especially, but mining companies have reaped some serious returns of their own amid a huge precious metals bull market. Meanwhile, investor confidence in low-carbon tech started to gain momentum with one power cell producer in the spotlight.

Grab a cup of egg nog and take a peek—your last minute shopping can wait.

By now, the once-scrappy e-commerce platform Shopify has become a household name in Canadian investing. One look at its year-to-date chart will tell you why: the start-up had incredible success this year, pushing past 1 million customers with consistently impressive earnings and stunning execution of its international expansion efforts. The company is now the third-biggest e-commerce platform by sales, and with its revenue for the full fiscal year anticipated to grow 44% to US$1.55 billion, its prospects remain attractive for the future.

Admittedly, there are some doubts as to how long Shopify can keep up its runaway growth. As Vince Martin points out on Investor Place, the company’s growth is primarily driven by getting more merchants on its platform, not getting more sales per merchant. Some Shopify fans will tout the seemingly limitless scalability and potential userbase, but if users aren’t growing their sales on the platform, the addressable market for Shopify’s services might be overstated.

For now, the stock continues to soar, causing pundits the world over to speculate as to when the price ceiling will kick in.

Not only that, but the company drastically increased its estimates for the Ardich deposit a few weeks ago, boosting its indicated resource by 28% to 816,600 ounces and its inferred resource by 519% to 593,900 ounces. To top it off, as the company has steadily ramped up production and increased its total resources, summer’s gold rally—and recent rumblings of an oncoming bull market for the yellow metal—have boosted the company’s success and investor attention even further.

Zero-emission fuel cell producer Ballard Power Systems hit the ground running in 2019 with the release of Xcelsior, its 40- and 60-foot electric bus. It then proceeded to build momentum with a number of new supply deals. To name a few, it has signed agreements to supply fuel cells to a large Norweigian ferry company, a bus company in London, a Berlin-based port and logistics business to power the world’s first zero-emission push boat, and a platinum miner in the U.S.

The company’s success depends upon staying ahead in innovative fuel cell production, and hope for increased regulatory requirements for low-emission vehicles in marine and land transport. If this year’s performance is anything to go by, investors seem to believe the company is well-positioned for the budding fuel cell market.

Shares of Silvercorp Metals, a Vancouver-based silver miner that owns several mines in China, started the year quite flat. But just before gold and silver began their big summer rally, the company managed to post an upgraded resource estimate for its suspended BYP property, boosting the gold resources to a measured 269,000 ounces, an indicated 149,000 ounces, and an inferred 109,000 ounces.

As the rally ramped up, so did the stock. The company also updated the NI 43-101 for its producing GC silver-lead-zinc mine, which pegged the resource at 418,000 ounces of gold, 83 kilotonnes of lead, and 187 kilotonnes of zinc measured and indicated.

Silvercorp’s stock mostly declined from there, until the company reported drilling 1,102 grams of silver per tonne (g/t Ag) over 0.85 metres at its SGX mine, and 319 g/t Ag over 2.52 metres at its GC mine. Investors were also encouraged by its most recent earnings, in which the company reported a net income of US$12.2 million, or 7 cents per share, on revenue of US$49.9 million—a 52% increase year-over-year.

Eldorado Gold, another Vancouver-based mining company with mines in Europe as well as North and South America, also mostly had a ho-hum start to the year, despite resuming operations at its Kisladag mine in Turkey and reaching commercial production at its Lamaque project. That is, until the gold rally started in May and the company completed a US$300 million lien note offering and a US$450 million credit facility. From there, shares of the company most followed the price of gold, peaking in early September only to drop shortly after.

Since then, the stock has evened out alongside gold. The company reported Q3 earnings in October, improving its margins amid earning US$4.2 million, or 3 cents per share, on revenue of US$172.3 million. After chalking up a loss of US$379.6 million last year, things definitely seem to be looking up for Eldorado’s bottom line.