What's Next for the Uranium Market 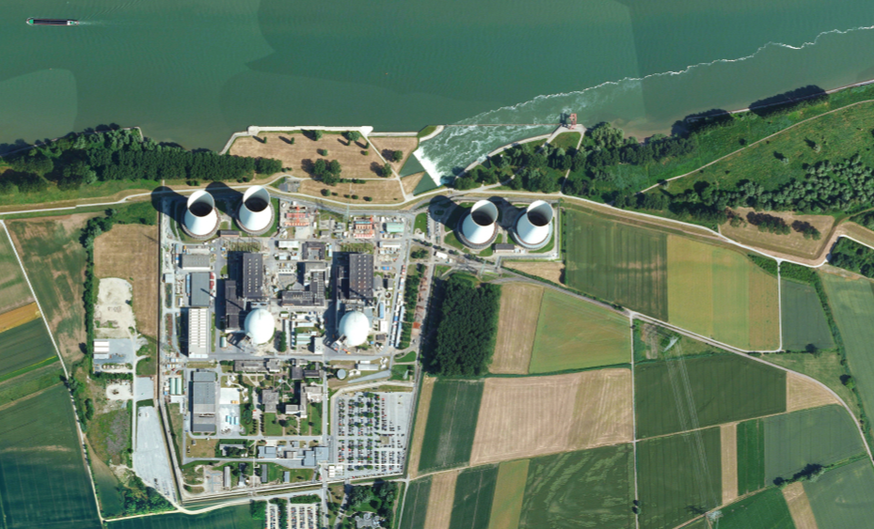 With the price of uranium climbing roughly 40% over the past month, uranium has been getting a lot of coverage (including from us). Many bulls believe this could be a long-awaited breakout moment for the nuclear energy metal, while the naysayers argue that it will soon return to niche obscurity and low valuations.

Of course, we're in no position to declare which camp is correct. But it's instructive to break down each side's arguments to determine where you stand.

Since the 2011 Fukushima meltdown threw the uranium market into disarray, shuttering plants across the world and prompting countries like Japan and Germany to effectively abandon their nuclear industries, uranium bulls have been contending that the market cannot last as-is. World demand for uranium continues to increase, they say, as new reactors come online. The thinking is that as green energy inevitably booms as world governments scramble to meet difficult environmental promises, nuclear energy will have to be part of the world's energy mix, as a source of low-emissions, stable baseload power. The UN itself has said as much.

Meanwhile, production has ultimately stagnated since 2011, rising in the mid 2015s only to plummet in the 2020 pandemic.

The data seems to bear out the bulk of argument—aside from maybe the "increasing demand" portion—as seen in the chart below from the World Nuclear Association: 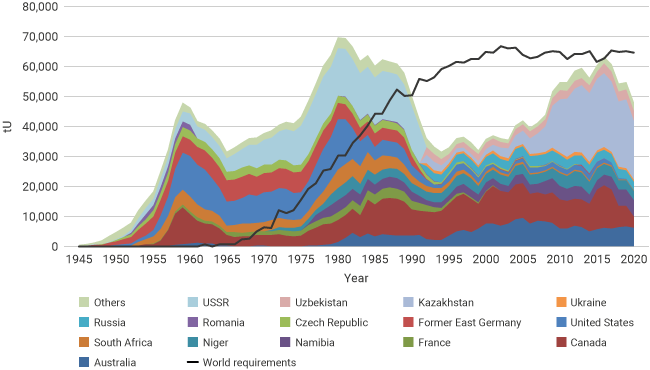 By this logic, the re-rate uranium is experiencing right now is overdue. As we've written before, 52 new reactors are under construction worldwide, with more planned. The Biden administration has continually voiced support for nuclear power. And, the new Sprott Asset Management LP's Physical Uranium Trust is going strong. A strong uranium spot price, advocates say, reflects uranium's economics both today, with its strong immediate outlook, and tomorrow, with numerous catalysts on the horizon.

But, as the bears are eager to point out, this doesn't tell the full story. Public (and political) opinion on nuclear energy is still quite iffy. As Wired reports, the US's host of nuclear reactors are rapidly approaching retirement age, and the two under construction have gone tremendously over budget. It's easy to imagine a future in which US energy markets don't phase out nuclear energy, but plants close down anyway because their operators can't afford to stay in business, when competing with increasingly subsidized renewables and other competitors.

And despite Biden's support, the US—which is the world's largest consumer of nuclear energy—is anything bu agreed on its future. On Wednesday, six Democrats penned a letter heavily criticizing the administration's proposed government-funded uranium reserve, saying that there is no need to increase domestic uranium extraction, and that the move "poses a serious threat to the health of Tribal and environmental justice communities, as well as to the overall environment." And, as research cited in Wired Amory Lovins, cofounder of the Rocky Mountain Institute, a nonprofit energy research organization, seems to indicate, nuclear subsidies in the US could be better directed elsewhere to save more CO2 emissions.

What's more, as the Wall Street Journal points out, the current uranium rally is spurred by the Sprott fund buying up large quantities of physical uranium—but that the fund does not buy this uranium directly from miners. Rather, uranium miners typically depend on long-term contracts with utilities—whose future, as outlined above, may be shakier than bulls think. "In other words," Jinjoo Lee writes, "the commodity’s rally itself doesn’t necessarily reflect changes in the underlying supply and demand dynamics today."

All this is to say that a full uranium breakout is unlikely to happen overnight. The metal has long been a slow, methodical mover, which is one reason why the current rally is so interesting. It all seems to hinge on how uranium demand changes as new plants come online, and whether old plants will be left to languish without replacements, or whether a carbon-conscious age will usher in a new era of nuclear power.